Moving Ahead of Compliance

By Tom Darrow and Lisa Spinelli

In a financial institution, you have a number of popular words to use when discussing the oversight of the organization: management, compliance, and leadership. Managing is defined as “having executive or supervisory control.” Compliance connotes submission to a wish or command. However, leading is foremost an act of “holding them by the hand,” “showing,” and “motivating.”

Rather than forcing compliance and control upon employees, servant leadership works to motivate, support, and serve the team members—not the managers. Servant leadership is based upon Robert Greenleaf’s theory, first introduced in 1970. He wrote, “The servant-leader is servant first . . . Becoming a servant-leader begins with the natural feeling that one wants to serve, to serve first. Then conscious choice brings one to aspire to lead . . . The difference manifests itself in the care taken by the servant first to make sure that other people’s highest priority needs are being served. The best test, and the most difficult to administer, is this: ‘Do those served grow as persons? Do they, while being served, become healthier, wiser, freer, more autonomous, more likely themselves to become servants?"

In a financial institution, adopting the servant leadership method can transform one’s culture from passive compliance into an engaged and motivated workforce who wants to do good, just as their leader does. By caring and not controlling, servant leaders flip the power struggle and instead build a community of hardworking and productive team members. And science has backed up the notion that servant leadership can positively and markedly affect team confidence (Linden, Hu 2011), employee engagement (Bryant, Brown 2015), productivity (Linden, Wayne 2013) and job satisfaction (Jenkins, Stewart 2010).

How Do You Become a Servant Leader?

Listening tops the list, along with empathy, healing, and awareness. Meaningful face-to-face communication reinforces the leader’s commitment to the team members. But listening has to include understanding and empathy. No one has the same exact life experiences or perspective. Even when discussing failures with an employee, it’s important to keep in mind that most people are good people who want to do well.

When you learn to be empathetic and foster that communication, you empower not only your employees to heal and grow, but yourself as a leader as well. A servant leader becomes aware—of themselves and their team. Having an awareness of what is happening with your team and your organization will ensure your team is willingly following regulations and company policies, not feeling forced to be compliant. In the end, servant leadership is about creating the right environment for your team to grow and flourish by nurturing rather than controlling them.For financial institutions that are heavily regulated, building a team that is not only analytically tied to doing the right thing but also emotionally tied to their decisions plays a big role in remaining compliant and unsanctioned—in other words, successful. In the book The Science of Reason, emotion and intuition are shown to play a big neurophysiological role in one’s decision making, thinking, and reasoning. By connecting employees with their leader emotionally, and through leadership genuinely engaging and serving their team members to grow and flourish, you create a company culture beyond compliance.

Tom Darrow will be presenting Servant Leadership: Support, Motivate, and Serve Those You Lead at ATD's Talent Development Across Industries (TDI) conference this October. 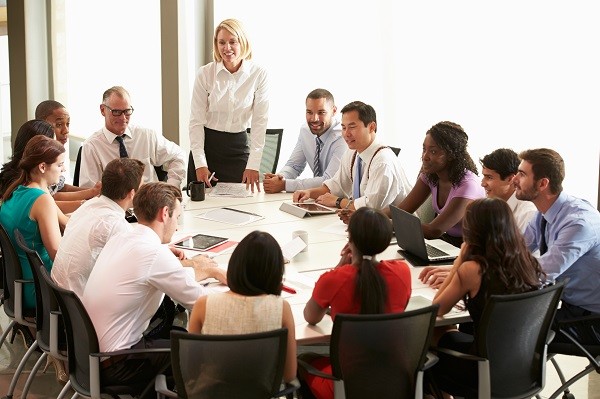 Our Mission: Empower Professionals to Develop Talent in the Workplace.